I promised to show two more book covers. Here is the cover of book 2, Ghostly Gallows: 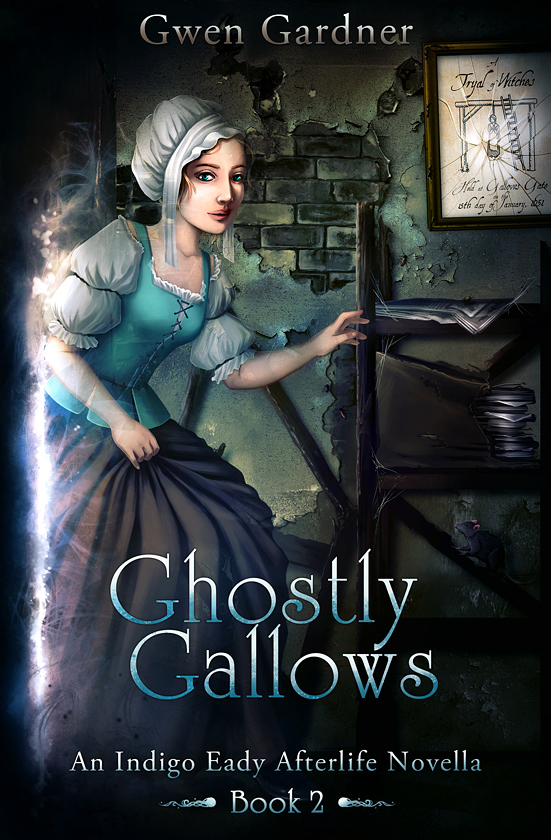 Gwen Gardner and I discussed this cover a lot. The first idea was to have a much darker scene. There would be gallows from which ghosts were hanging. We weren’t sure if the subject matter would fit the target audience. So we chose another scene. Hannah, a young seventeenth century ghost, looking for clues in an old underground archive.

Prior to drawing I did some research. We all know the Halloween style ‘Serving wench’ costumes, which includes a sort of mob cap and a sassy bosom revealing costume. This isn’t entirely accurate of course, but it was quite hard to find the right sources, especially from the seventeenth century. Serving staff wasn’t often the subject matter of paintings. The movie ‘Girl with a Pearl Earring’ helped me get the right century and cap style. And the paintings by Gabriël Metsu and Johannes Vermeer helped me with the outfit. 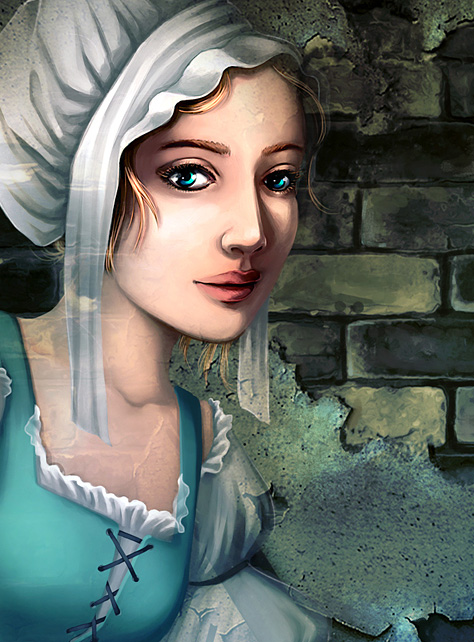 Here are some more detailed shots of the cover. I used several textures for the peeling wall. There’s also vermin and and a rat: 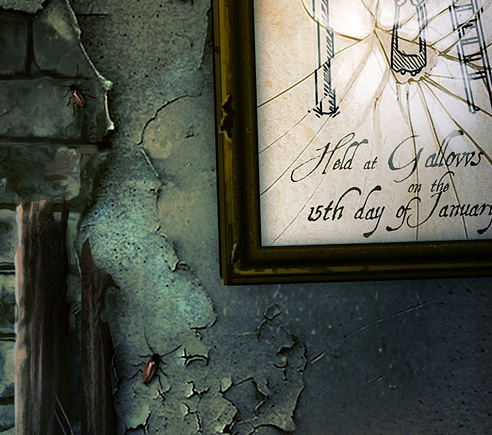 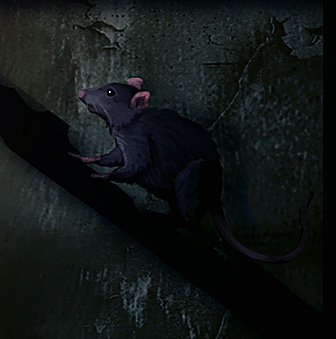 The cover of book 3 will be in the next post!